Influencer marketing is dead: here is what you can try instead

Influencer marketing is dead: here is what you can try instead

Forget about traditional influencer marketing. You can gain higher engagement rates at a lower cost with the help of your existing customers. 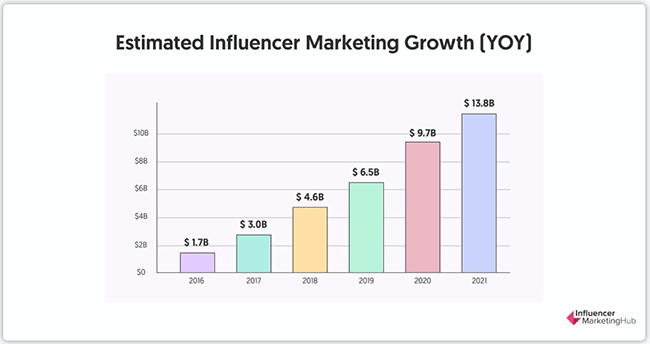 Let’s be honest, any of you at least once has been thinking of how great it would be if some top-notch celebrity or social media sensation promoted your product or service. But is it still a great tool to use in your marketing activities? Yes, if you would like to bring more visibility to your brand, but what about trust, reduction of the customer churn, and driving more sales to your business?

As the survey of Captiv8 shows, 49% of users would trust an influencer less if they knew they were being paid by a brand for a certain post. Instead, 84% of people are more likely to trust a referral or recommendation if it comes from a friend, according to the Nielsen Global Survey.

With the macro-influencers, it is difficult to track the success of the campaign and hard to oversee the ROI. The cost of the influencer depends on the size of the followership and the type of social media they use. You also can’t anticipate if the influencer’s audience will become your loyal customers in the future and will eventually join you on your journey. Will this uncertainty play into the hands of a brand in the long-term run?

On top of that, influencers with larger followership usually generate less engagement around the content compared to nano influencers. For example, on TikTok, the difference in engagement rates between micro-influencers and mega-influencers is tremendous – nearly 18% and just under 5% respectively. 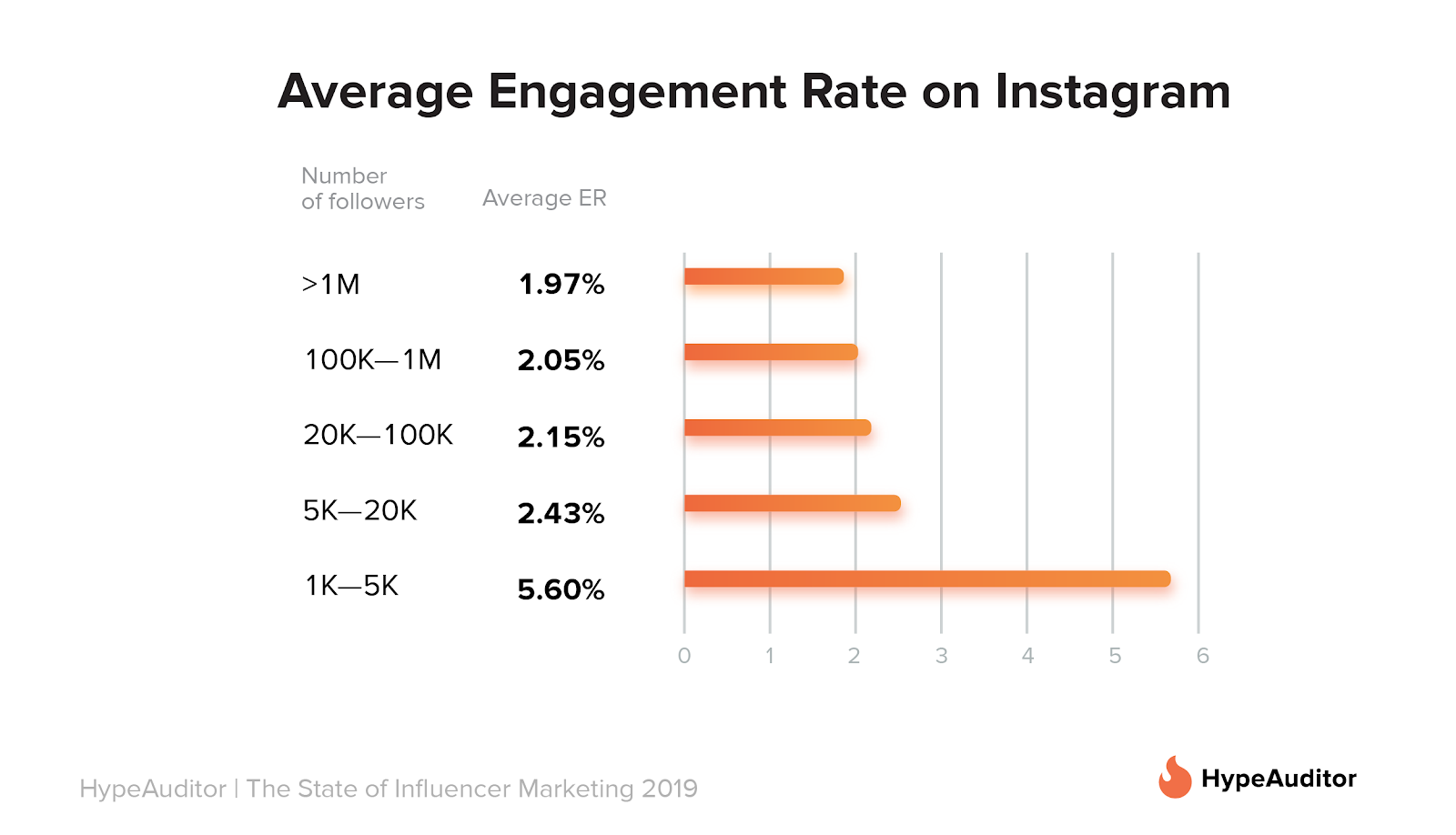 In this case, a logical shift should be towards nano-influencers and the launch of specifically tailored programs with that target audience. Nano-influencers are a powerful tool and with the right software, you can easily turn your existing customers into loyal brand advocates. Putting a human face to your brand is crucial as 91% trust online reviews as much as personal recommendations, and 93% of consumers say that online reviews influenced their purchase decisions. This fact proves the importance of creating user-generated content around your brand and making some buzz around your products.

You can also gain higher engagement rates at a lower cost. The audience of nano-influencers tends to be more responsive, trusting more into the products they use and the brands they choose as well as taking more seriously the recommendations from them. 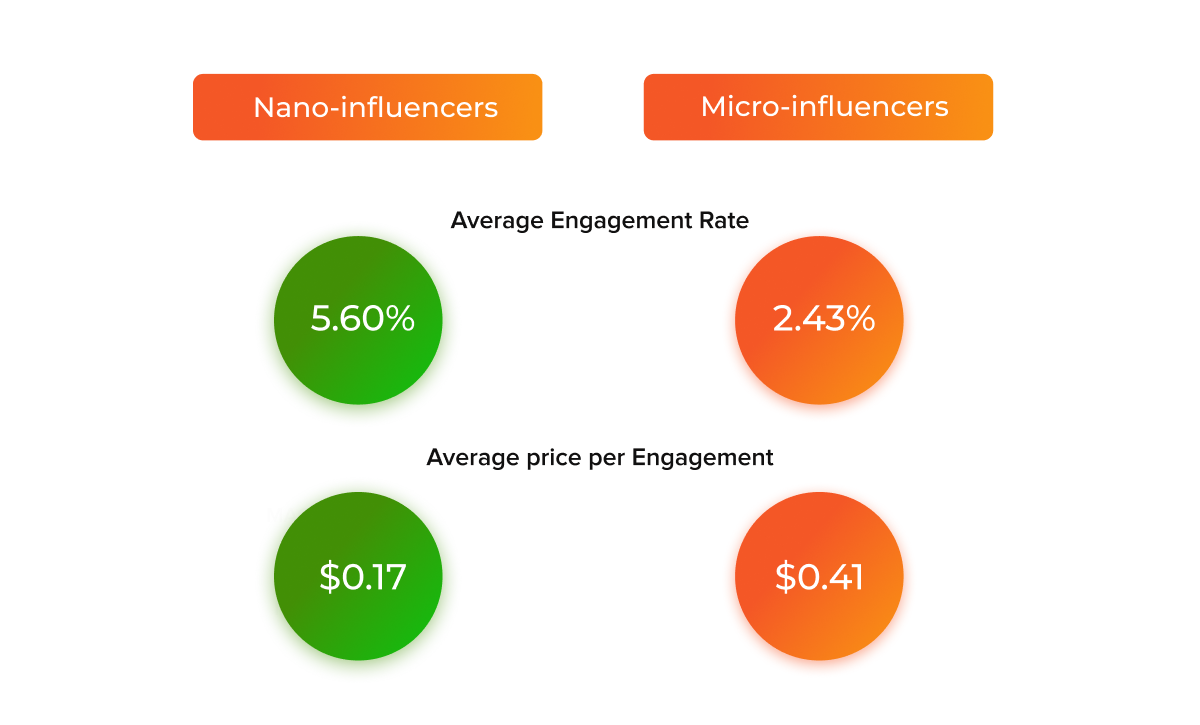 If a nano-influencer consciously chooses a certain product and genuinely likes the brand, it is more likely that their audience will be interested in the same kind of product. Meanwhile, almost 70% of macro and micro-influencers, when asked what the reason was behind craving a path of influencer, responded that the intent was simply in profits they can earn out of the campaigns.

Recently, many platforms introduced tools for ambassador programs that can help to engage with your existing customers and create a community of devoted brand advocates. That approach can allow you to promote products in a specific, more human, and authentic way, helping to get more trust and loyalty from people. With the right data access through such a platform, you can also more easily calculate the ROI and see if the campaign was successful.

Among nano-influencers, who use your product and create engagement on their social media, you can also be able to detect your top ambassadors. The insights of their behavior, their likes and pains can be turned into better marketing campaigns, and brands might use this consumer segment for A/B testing and involve them in specific referral programs. 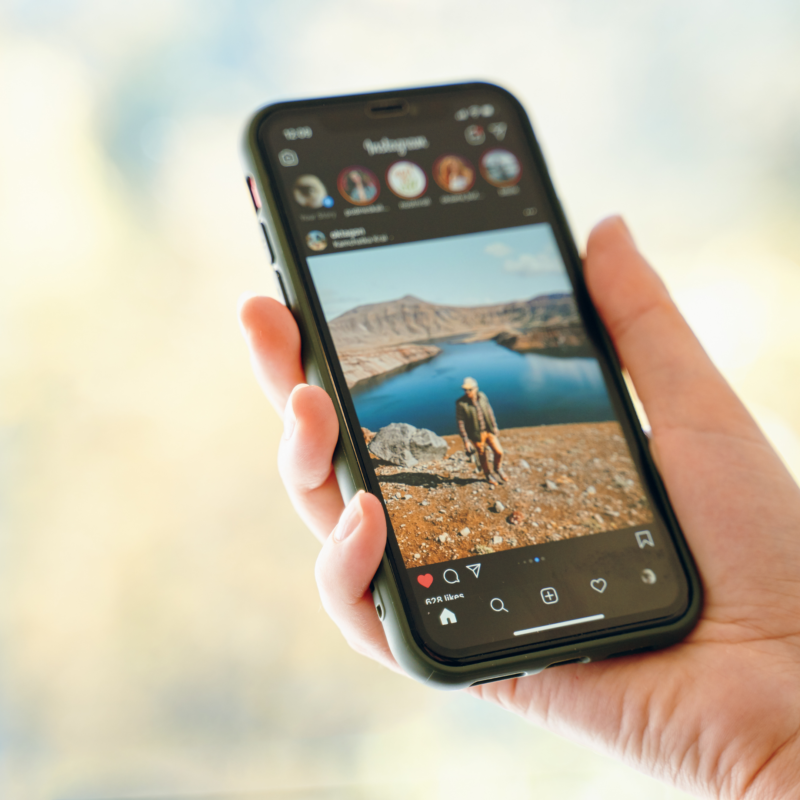 The approach of rewarding your customers with small gifts for their social media activity around your brand will build more deep, trustful, and loyal relationships. It is critical to constantly evolve and develop relationships with your existing clients, not only because it will improve your brand’s reputation but also because two-thirds of customers will spend more on brands to which they are loyal, according to Accenture. This is the case of an American beauty startup Glossier, the company says over 90% of its revenue comes from the existing loyal customers.

Social media has drastically shifted the way brands connect with their customers, making space for creativity, expression, extra freedom, and direct communications. But it is important to stay on track and take heed of all the minor shifts on the social media radar. Celebrity and macro-influencers aren’t considered anymore as reliable and a trustful link between brands and their customers. Thus, companies should revamp their strategies and use alternative ways in order to reach future success. In this context, working with nano-influencers via a well-conceived ambassador program can be a key.